The Niagara Falls Captains and Lieutenants Association has announced its endorsement of Robert M. Restaino for the office of Mayor of the City of Niagara Falls. Association President Michael Drake stated “Our city is facing various challenges in many areas. It is important that Niagara Falls has strong leadership to take on these issues.”

In commenting on the action of the union President Drake stated further, “After a review of the candidates our union believes that Robert Restaino is the clear choice. His understanding of the principle issues impacting our community, together with his experience and abilities, we believe are necessary to move Niagara Falls forward.” 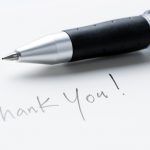